Occasionally we will have adult Ocicats, retired from our breeding program available for adoption. Our Ocicats are available to indoor only homes. They come vaccinated, microchipped, desexed, vet checked, with pedigree papers transferred into the new owners name and registered with FASA.

Zayenah Shooting Star
known as Menow
Menow is a 9 year old chocolate spotted silver boy, his owner's sudden decline in health meant she was no longer able to care for him.
Menow would like a fairly quiet home, he lived as an only cat since leaving us, and while he has adapted to living with a small group of cats he would settle quicker with no existing adult cats in the home. He would likely adjust well to a kitten playmate once settled in his new home. Menow is very playful, he loves chasing ball toys and playing with teaser wands. 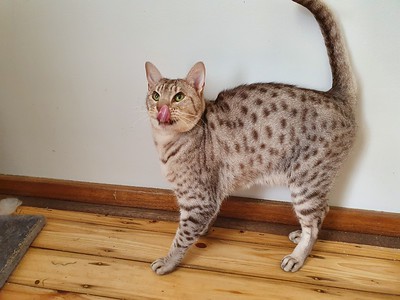 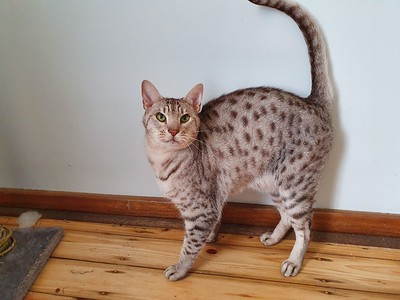 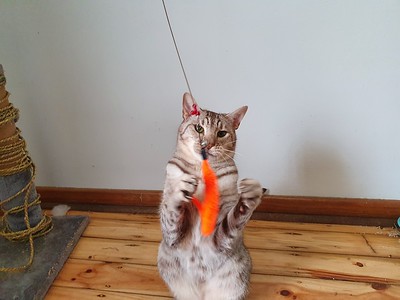 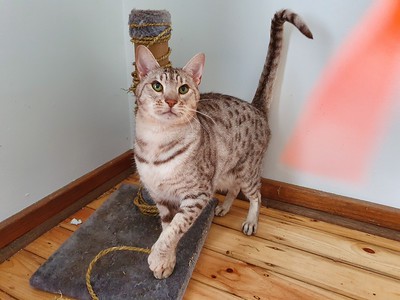 CCCA Champion, Amethyst Gold Double Grand Champion
Chezami Azazel
known as Zayzee
Zayzee is a 5 year old retired stud boy, he has always lived inside not in an outdoor cattery. Zee is a very friendly, smoochy boy. He loves cuddles. Zayzee would prefer a home with no existing adult cats, he would like to leave with one of our kittens for company as he has never lived alone. Zee has been an extremely successful show cat, winning cat of the year twice - a very rare award for this rare breed. 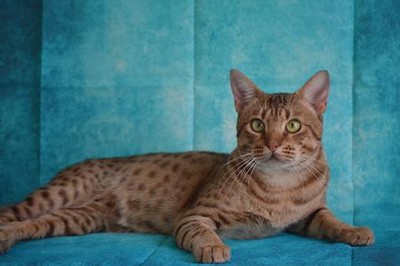 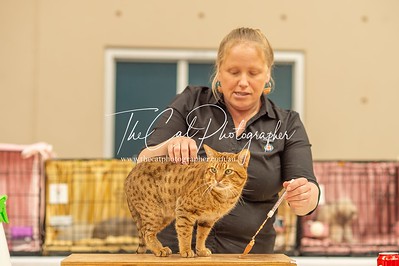 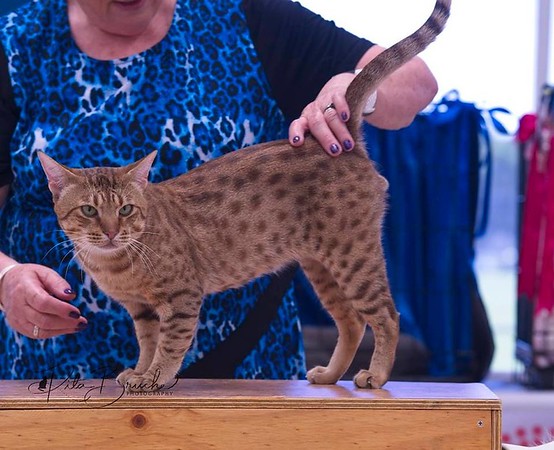 Grand Champion Zayenah Peekaboo
known as Boo
Date of birth: 8th October, 2014
Boo is a black spotted silver Ocicat girl, with stunning golden eyes.
Boo has been a wonderful part of our breeding program, and it's now time to find her fur-ever home where she can be spoilt rotten. Boo gets along with other cats and kittens, she would like a home with no existing adult cats - an Ocicat kitten adopted at the same time or brought in later will be fine. She's a very affectionate, cuddly girl who enjoys sleeping under the covers on colder nights. Boo is very playful, loves to play with feather teaser toys and chase a laser pointer. 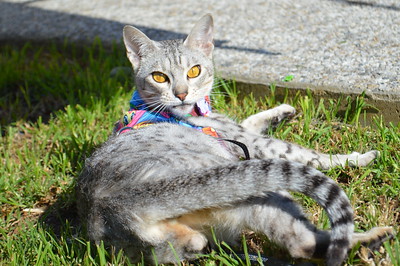 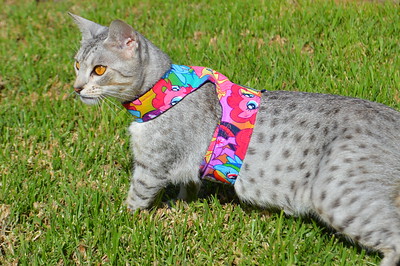 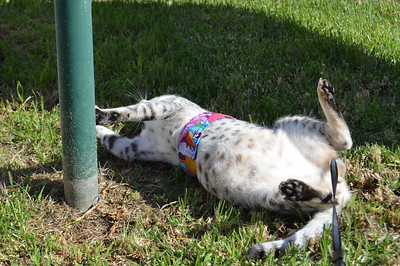 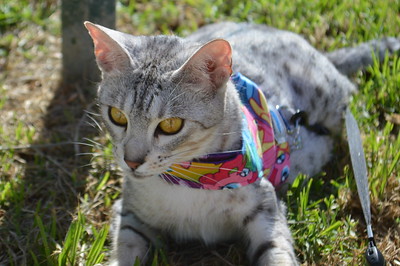